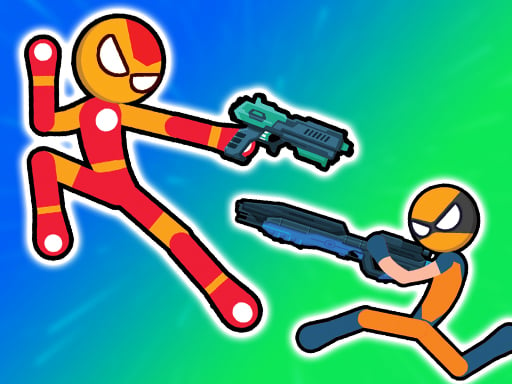 Stick Duel: Battle Hero On the battle arena of Stick Duelists, a new battle is beginning with the new hero costumes. These super characters are ready to fight each other using fire guns or fists or kicks. The main goal of this game is to score five by destroying your opponent. You can use any character costume for free. During the battle, you will have various weapons, shields, and health power-ups. You can switch your weapons if you don’t like them. Play this game against a friend in 2 player mode and double the fun!Stick Duel: Battle Hero is a 2D fighting game, where players control stick figures and fight against each other using a variety of weapons and moves. The game features both single-player and multiplayer modes, and allows players to customize their stick figures and weapons. It’s a popular game in mobile platforms and can be downloaded from the App Store and Google Play.