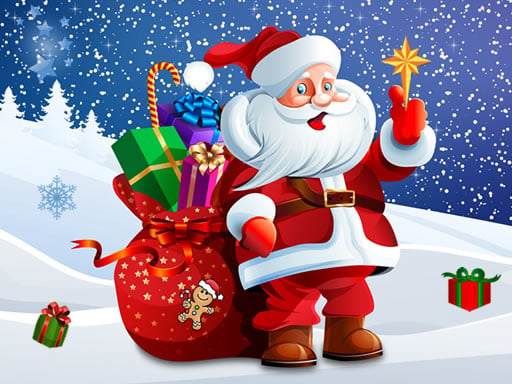 Spot The Differences – Christmas Santa This is a game from the rank of the hidden games. It is an interesting puzzle game with 12 levels in it. Start from the first level and try to find five differences between two seemingly the same pictures. Do that for a given time. After each passed level the game will become harder to play. The differences between images will increase. So at the next level, you need to find six differences, and when you came to the last level you need to find ten differences. But the time for playing will be almost the same as the first level.