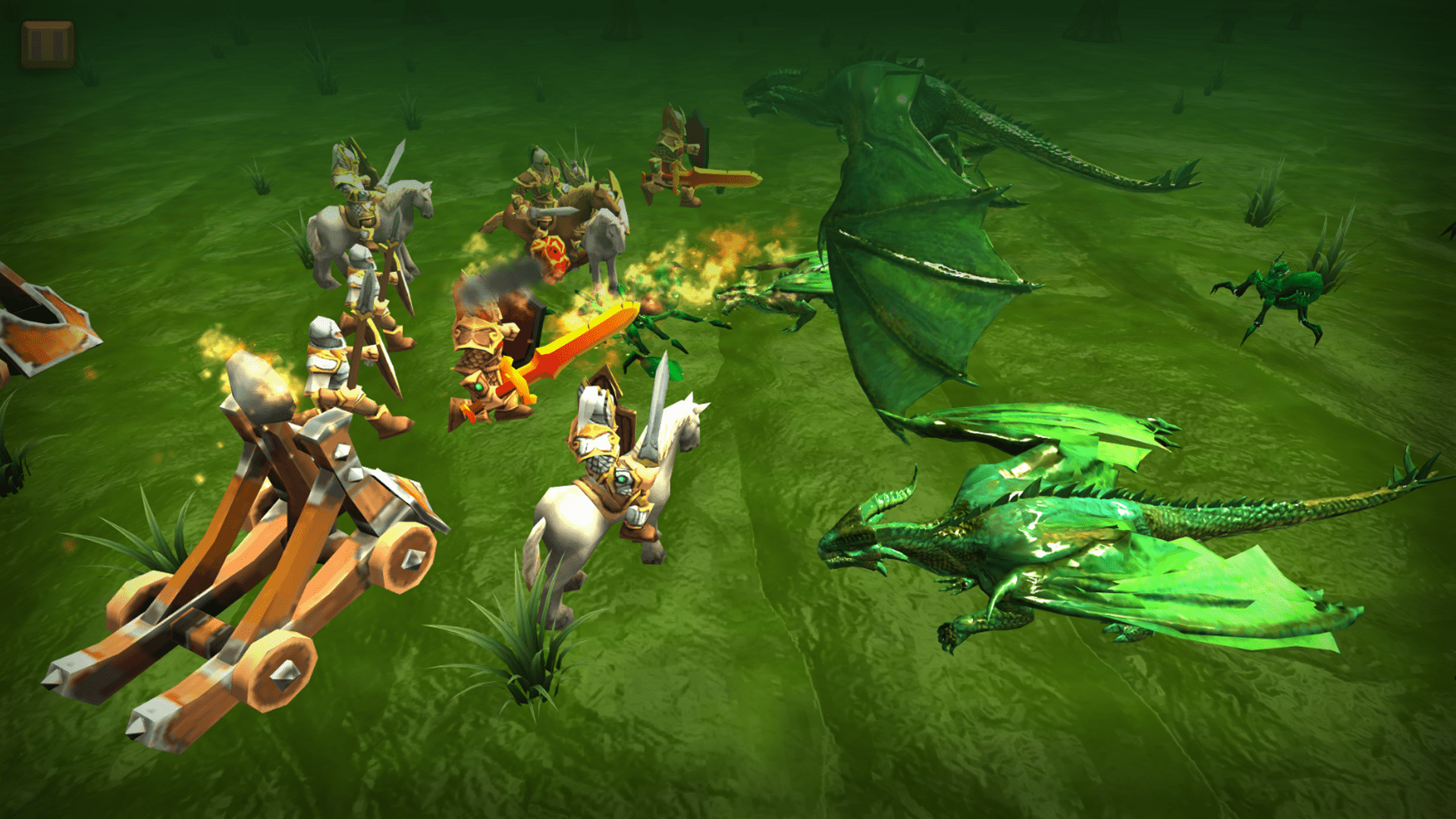 Behold! The medieval kingdom has sent knights to deal with the dragon monster army!
It will be up to you to command your army, archer, catapult and cavalry to kill all the enemies – there will be enough glory for every brave knight! The war will be epic!
= strategic battle simulator
= 3d knights and dragons
= accurate archers
= an epic war on dragons such as you have never seen!